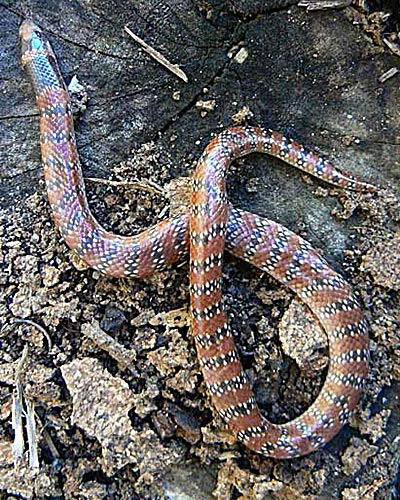 Weakly Venomous
Virtually harmless and not considered medically important. Weakly venomous but considered harmless due to inoffensive nature and reluctance to bite.

Found in wide variety of habitats but especially where dry, sandy soils occur.

Uncommonly seen and little known of habits. Nocturnally active, burrowing snake, generally stays beneath the soil and litter. Sometimes found above ground on warm nights. Shelters under soil surface or under stumps, rocks & logs during the day.

Skinks and other lizards and reptile eggs.

Infrequently encountered. Most specimens discovered in backyard swimming pools after falling in during nocturnal movements.