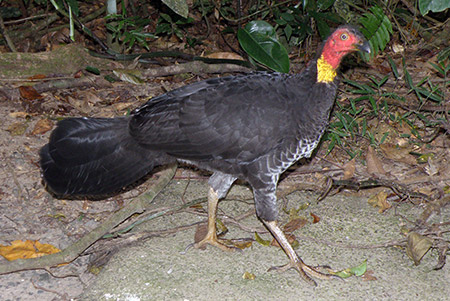 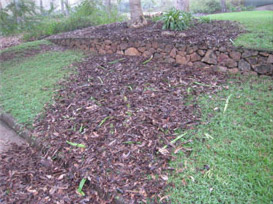 Mornings work for a determined turkey

The sight of your backyard bush-landscape being converted into an unattractive pile of decomposing compost matter is enough to infuriate any proud home owner. With his powerful legs and insatiable desire to mound and breed, the suburban backyard is no match for these industrious birds. A single male is capable of raking material into the mound from not only yours, but also surrounding neighbours’ yards, when required.

So what can you do to try and deter an industrious turkey in your yard?

If your best efforts of deterring the bird fail then further advice or relocation may be your last resort. Ecologically-minded turkey advice, specialist trapping requirements, and ecologically sound translocation methods are employed by licensed professionals for effective turkey relocation.

Trapping & relocation of the birds is done in accordance with requirements stipulated by the Environmental Protection Agency and permits are issued after stringent examination as to knowledge and suitability to actively manage conflict turkeys.

Every effort is made to ensure the birds are managed as to welfare, and to minimize any possible harm whilst being trapped, upon trapping, and through transit to a suitable release site.
Sites for release are selected prior to inspection as to their suitability for turkey habitat.