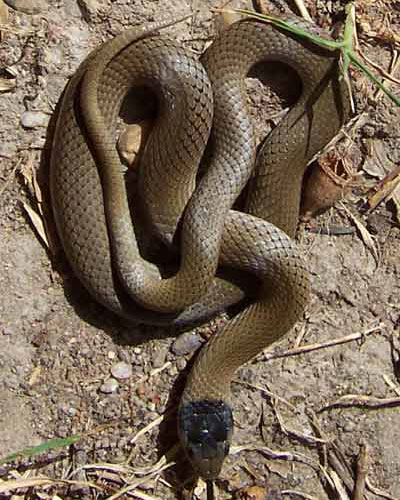 Mildly Venomous
Bites from this species are poorly recorded with the only significant occurrence involving the death of a dog. All bites should still be treated immediately and attended to with correct first aid.

Uniform olive to grey above, with scales tipped black anteriorly especially on the flanks (dorso-laterally). An indicative dark stripe is common place behind the head but may occasionally be faint or absent. Ventral surfaces are generally white to cream, with occasional dark grey flecking.

Generally nocturnal to crepuscular but has been seen active foraging in ground crevices during the early morning.

Recorded throughout suitable habitat in the Lockyer and Esk Valleys extending west throughout the Darling Downs.

May be found in damp or moist gardens under timber, sheets of iron & foraging amongst thick vegetation.