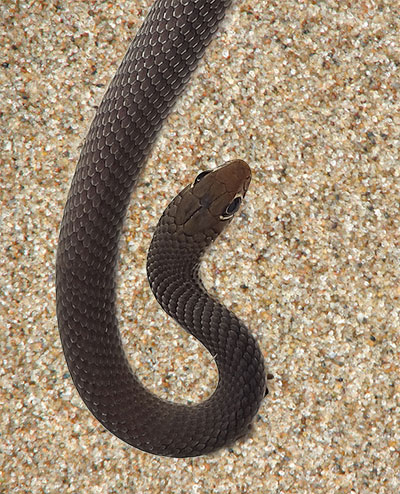 Lizards such as skinks and also frogs.

Recent records include areas to the north of Brisbane such as Bribie Island and Beachmere.

Infrequently encountered with very few recorded by snake handlers in the region. Would be typically associated with ground refugia such as timber piles, sheet iron, rock walls and heavy vegetation.