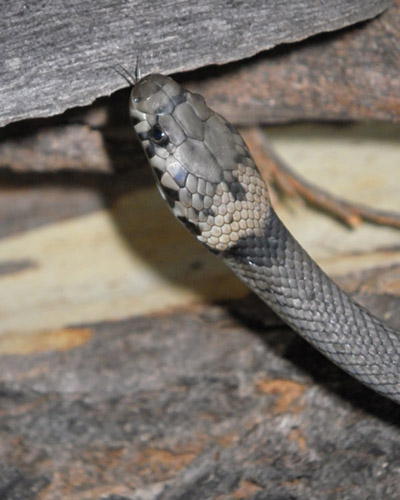 Potentially Dangerous
One serious case with severe symptoms has been reported, after bite by a larger specimen. Apply correct first aid and seek medical attention.

Wide range of habitats but generally forests, often near watercourses.

The Pale-headed Snake is rarely associated with suburban environs but it may utilise structures in rural and urban settings in proximity to favoured habitat.