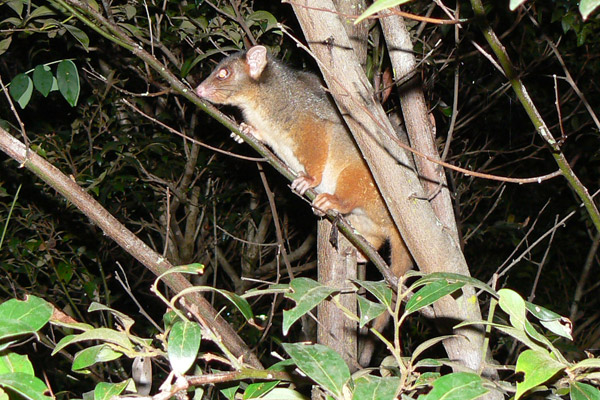 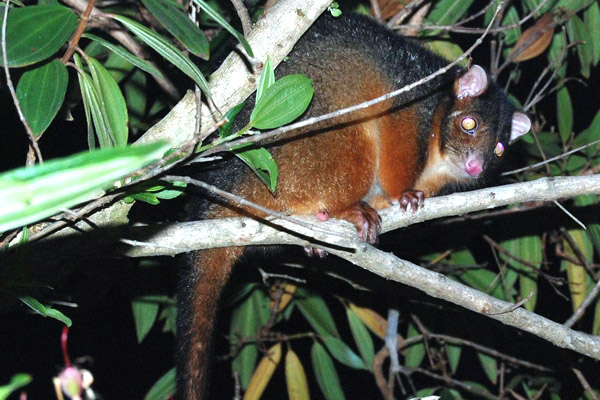 Ringtail Possums are rarely a problem in comparison to Brushtail Possums but they are known to take advantage of fruiting and flowering plants in suburban backyards.

If your best efforts of excluding your possum/s fail then further advice and assistance may be your last resort.
Ecologically-minded possum advice, specialist trapping requirements, and legislative compliant release methods should be employed by licensed professionals for effective possum management.

Contact – your local licenced Possum specialist. For Brisbane and surrounds call Peter the Possum Man on (07) 3250 1111.

Trapping and further management of Ring-tail possums should be done in accordance with requirements stipulated by the Environmental Protection Agency and permits are issued to operators after examination as to the knowledge and suitability of the permit holder to actively manage suburban possums. Often these permit holders are able to provide proofing measures to exclude further entry.

Possums should not be relocated more than 25 meters from the point of capture after proofing has been conducted. Be sure to ask contractors what methods they employ and choose the one which provides a solution for yourself and the best welfare outcome for the possum/s being trapped.