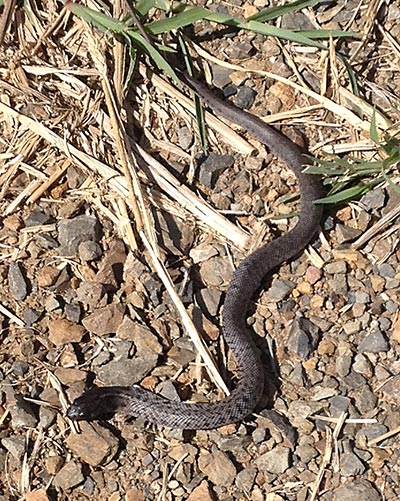 Highly Venomous
Highly venomous. Will inflate and flatten the body and neck in an effort to intimidate a perceived aggressor. Bites from this species should be treated immediately and attended to with correct first aid.

North and west of Brisbane including Mt Crosby, Greenbank, Ipswich, Lockyer and Brisbane Valleys, and Darling Downs. Records for the Mt Crosby, Ipswich and Lockyer Valley are dated and the species may have disappeared from these localities with only one confirmed sighting at Collages Crossing in 2011.

Could be typically associated with ground refugia such as timber piles, sheet iron, rock walls and heavy vegetation. Frequently encountered around homes west of Toowoomba where its numbers appear greatest.